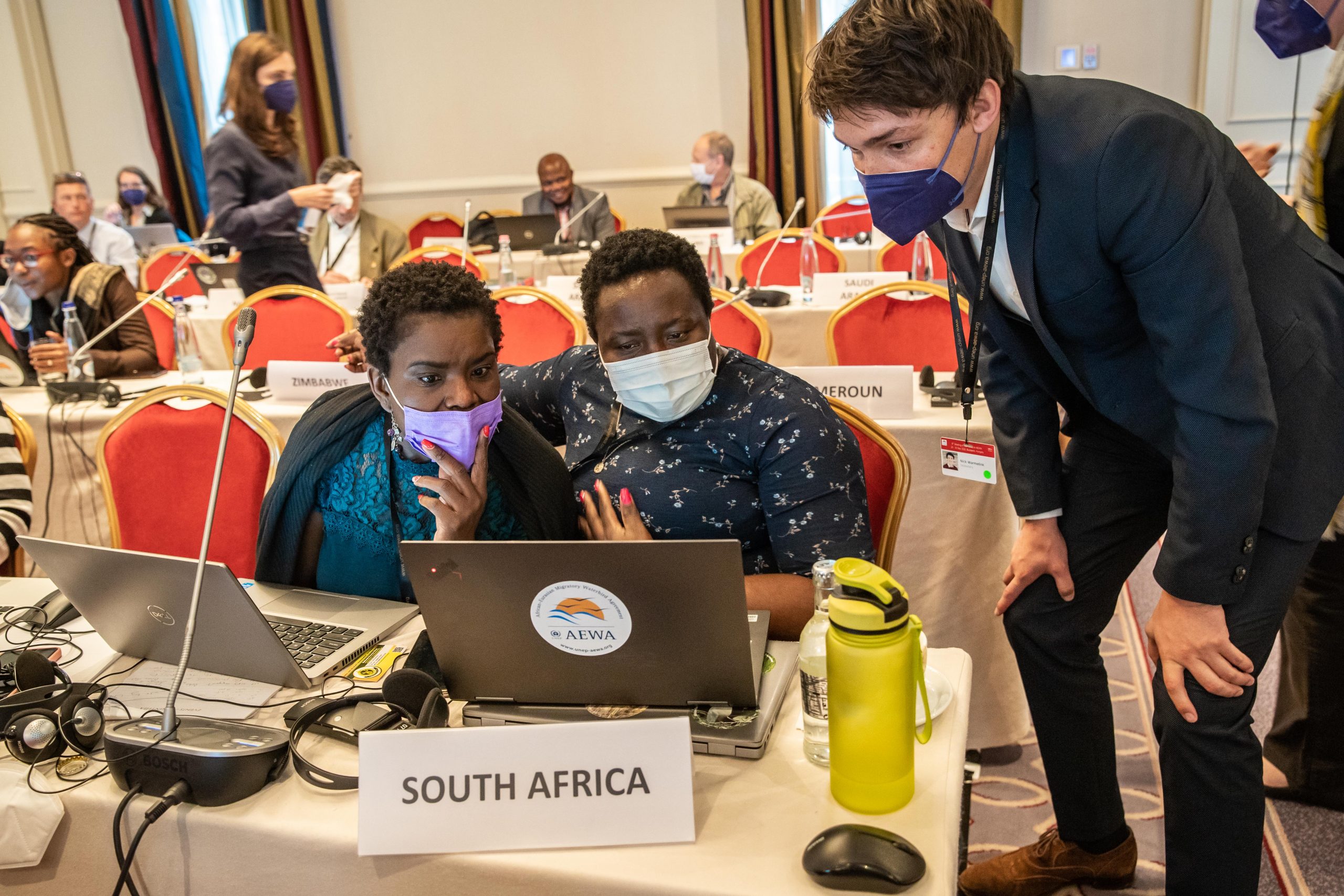 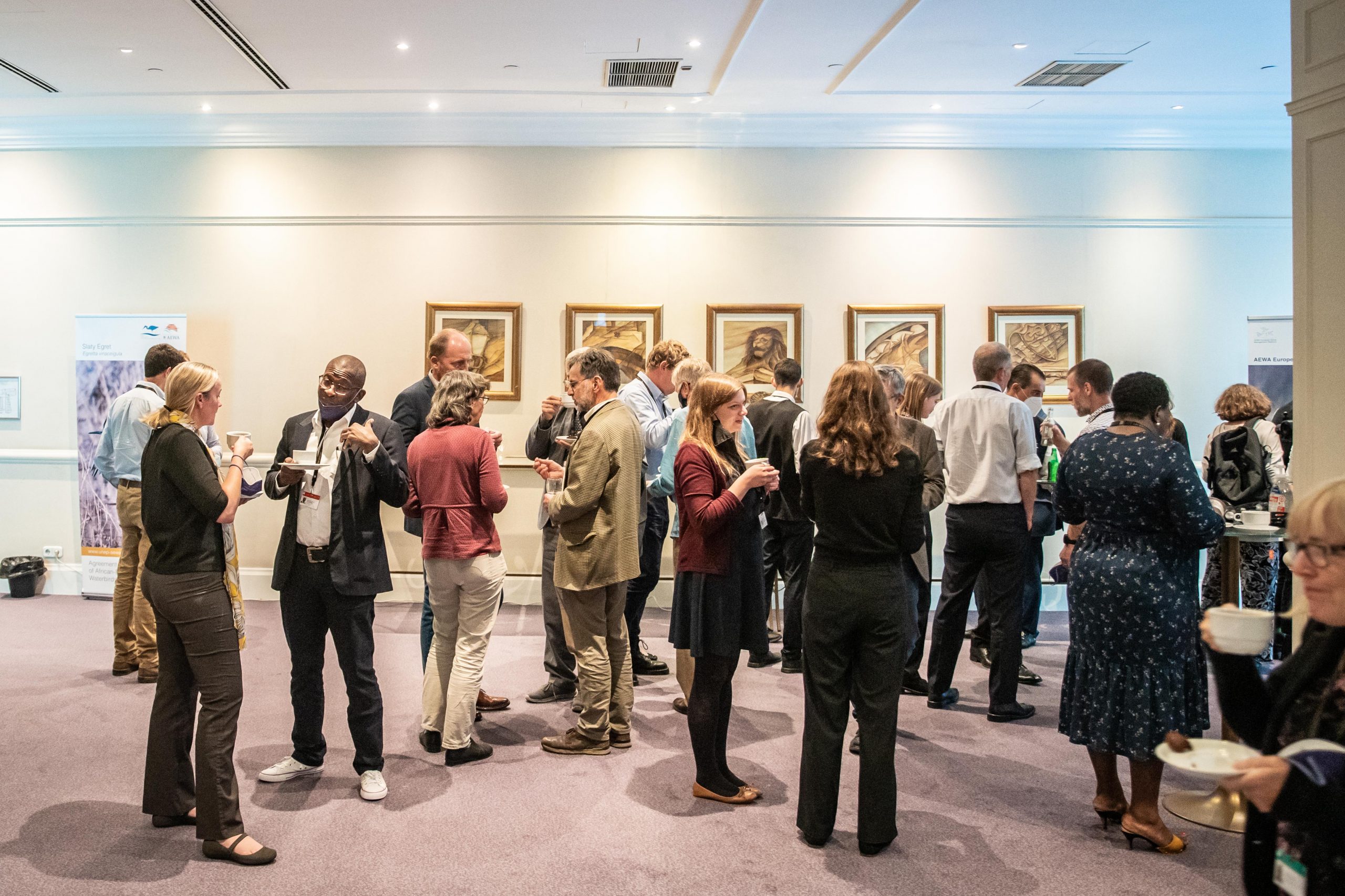 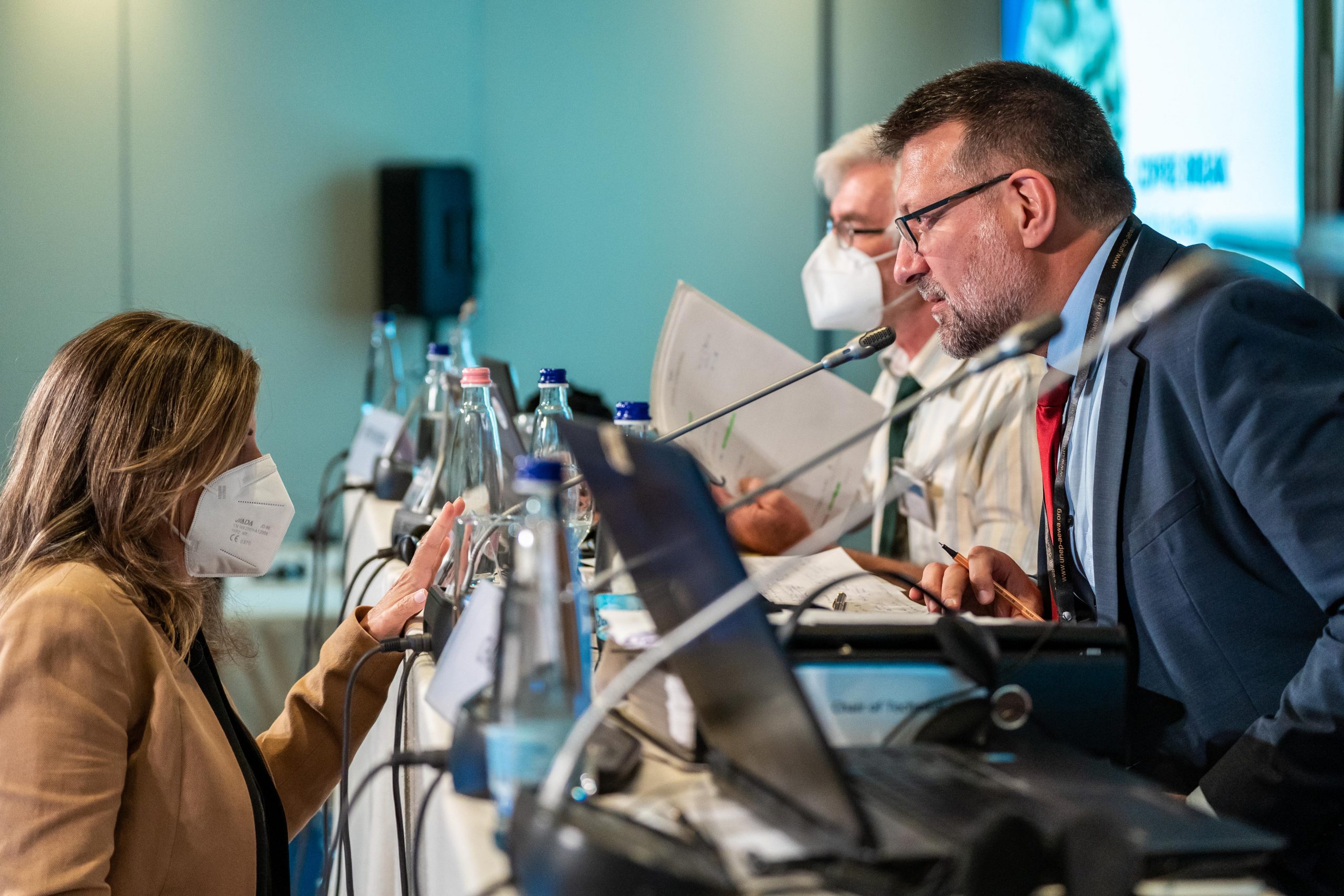 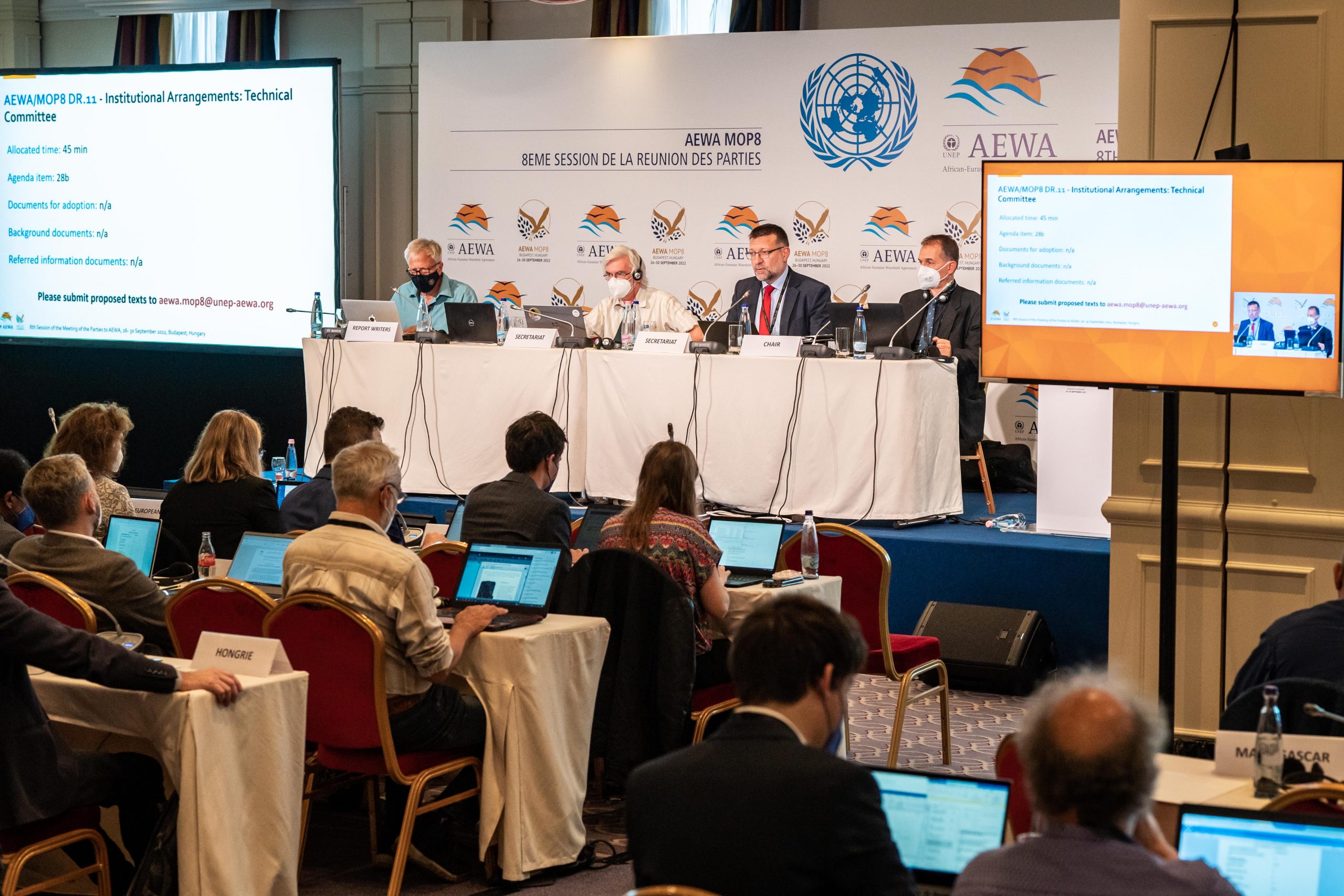 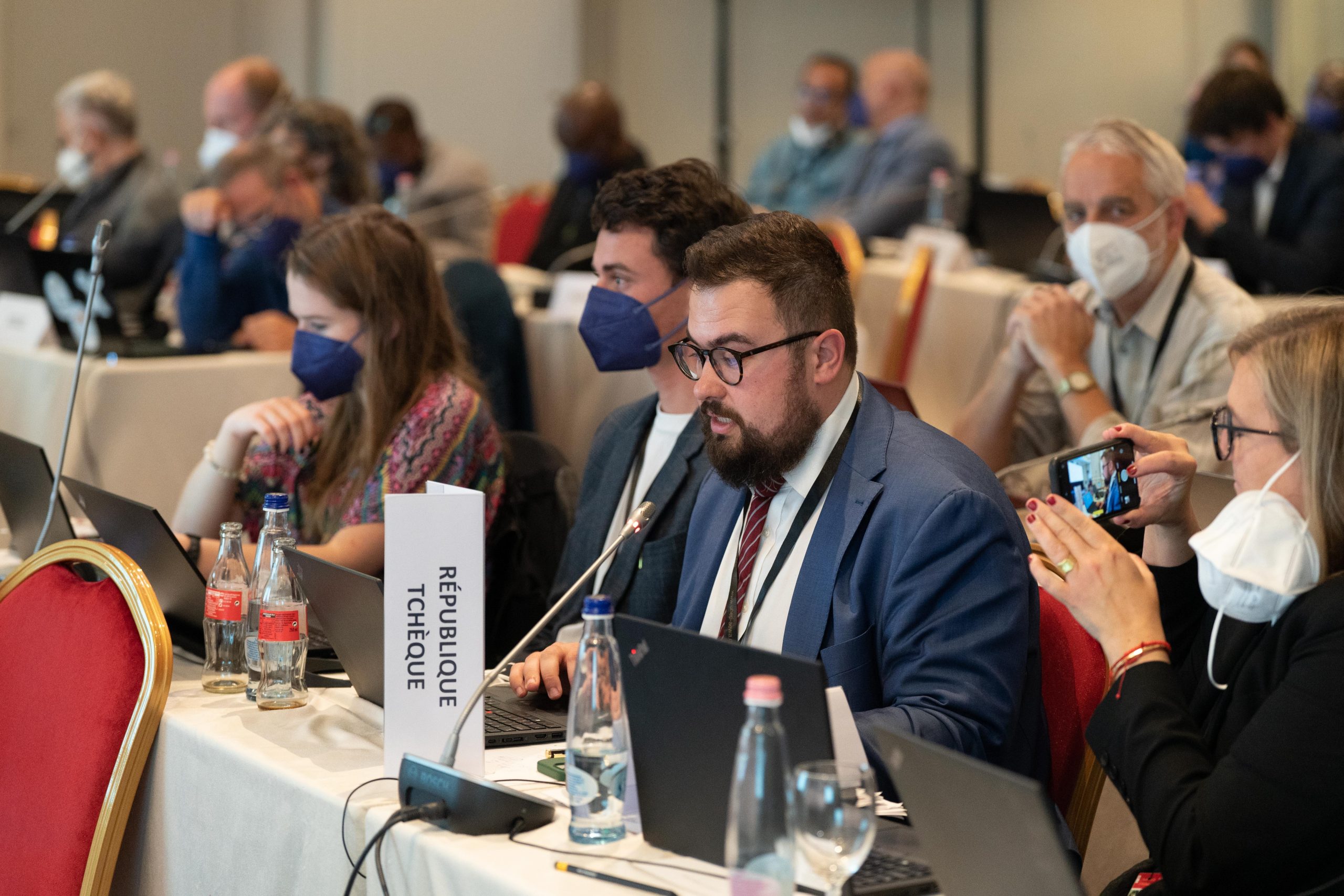 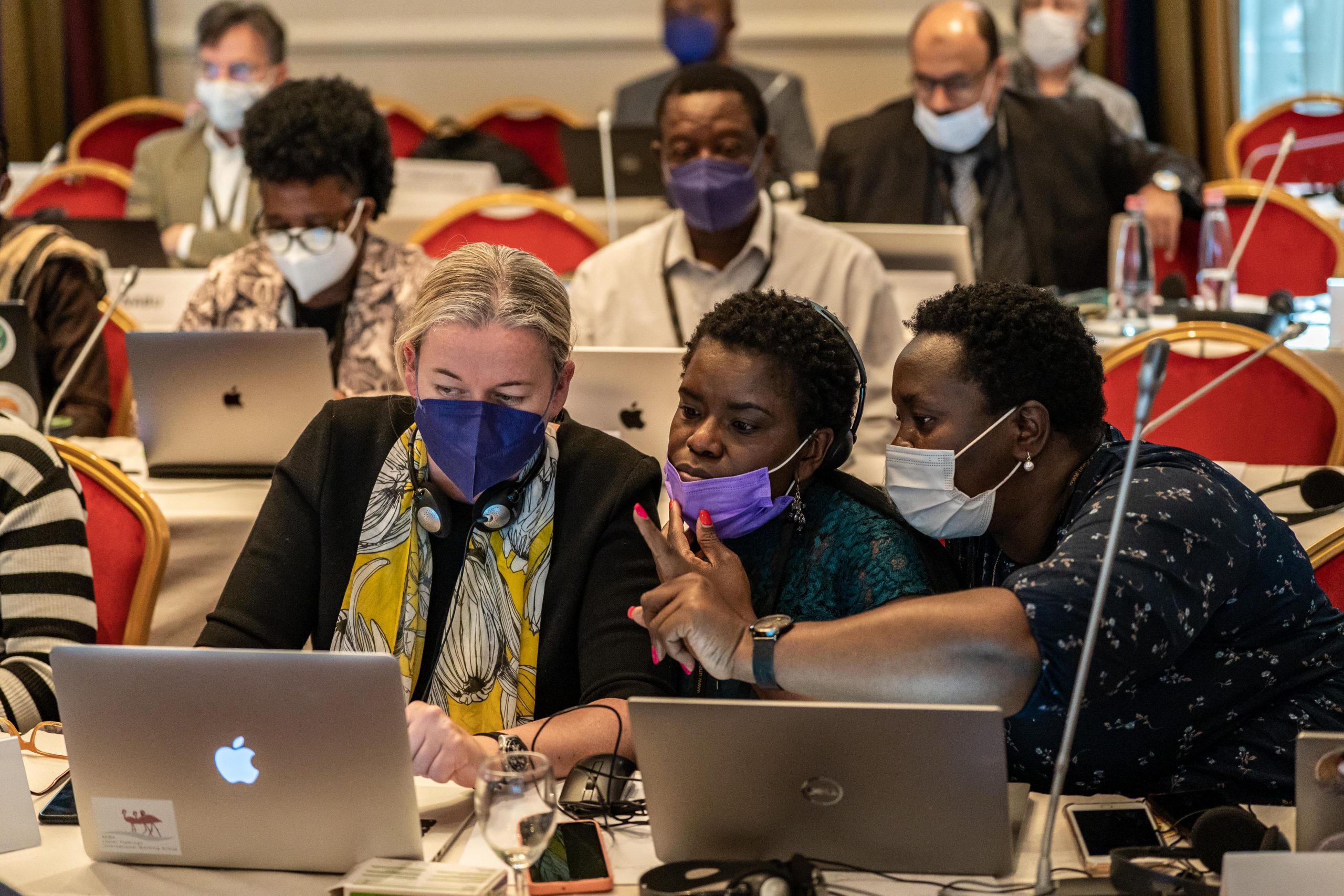 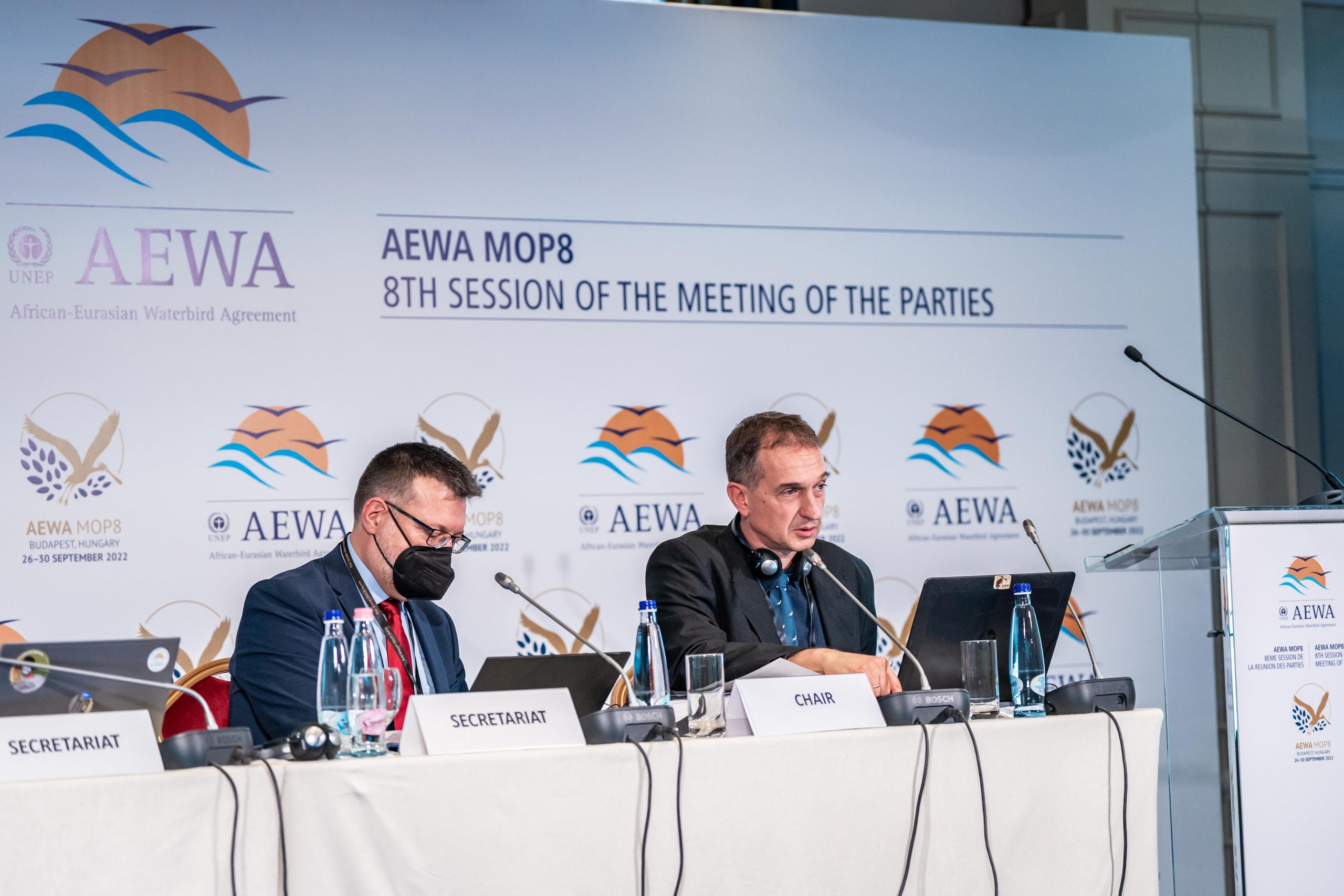 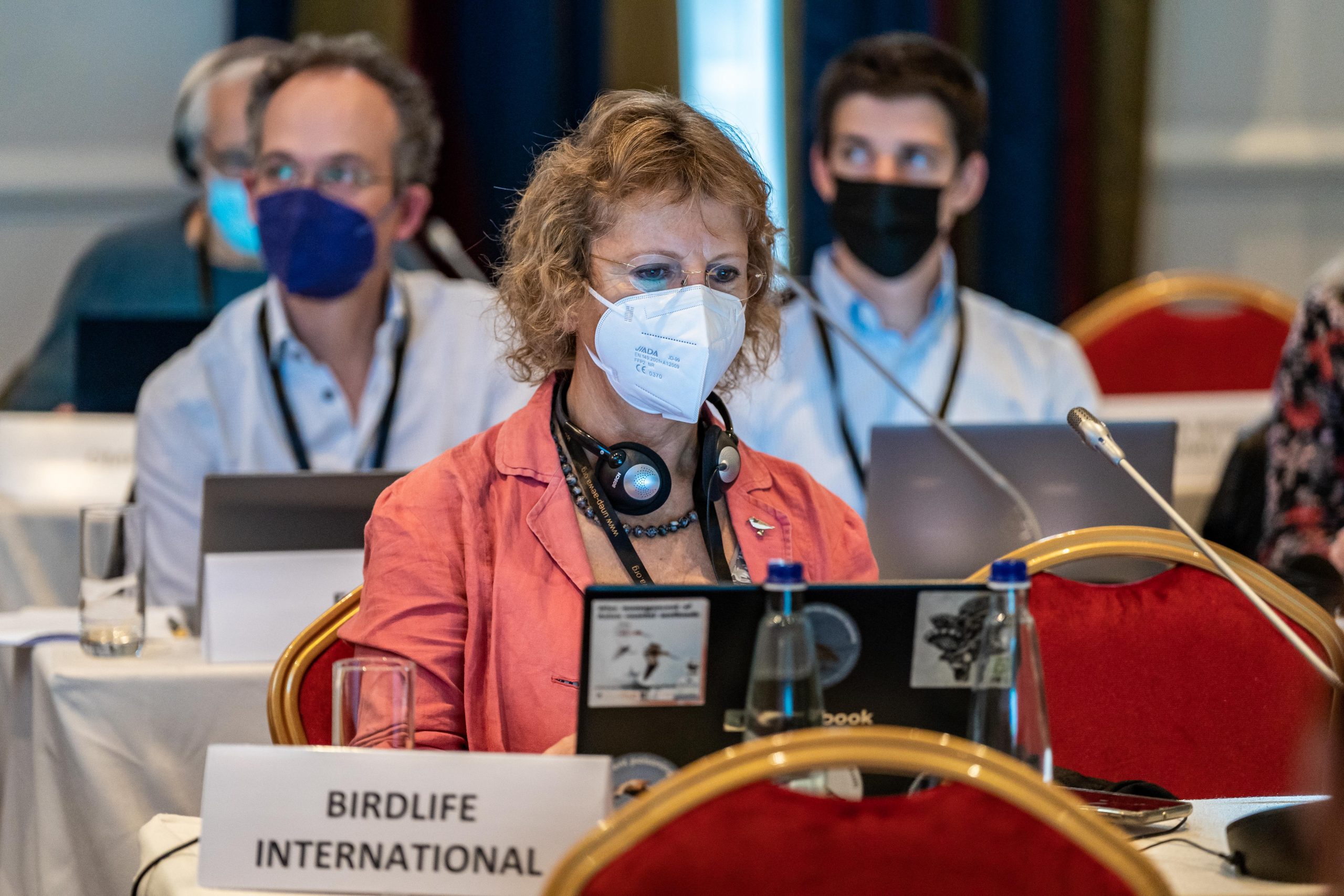 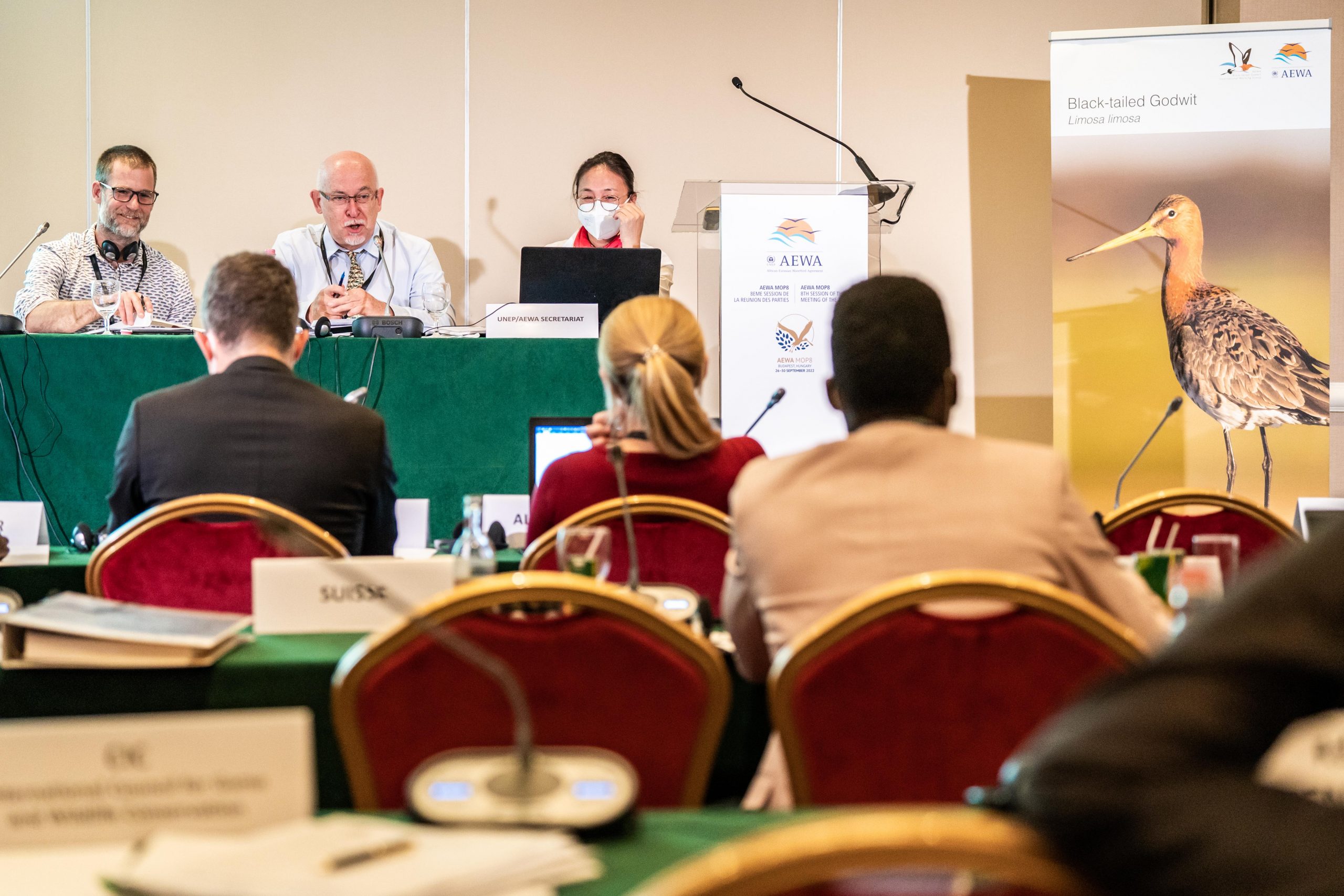 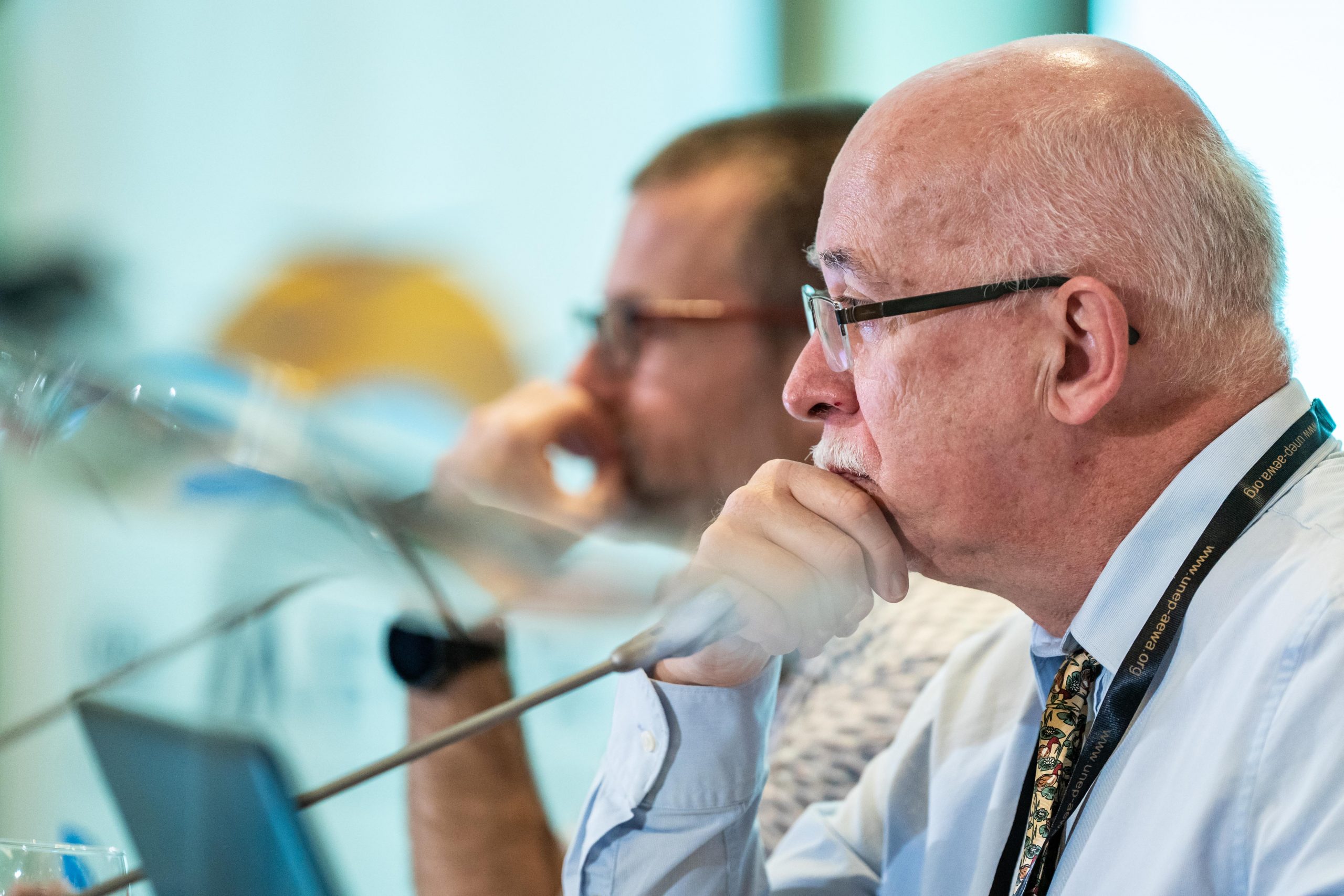 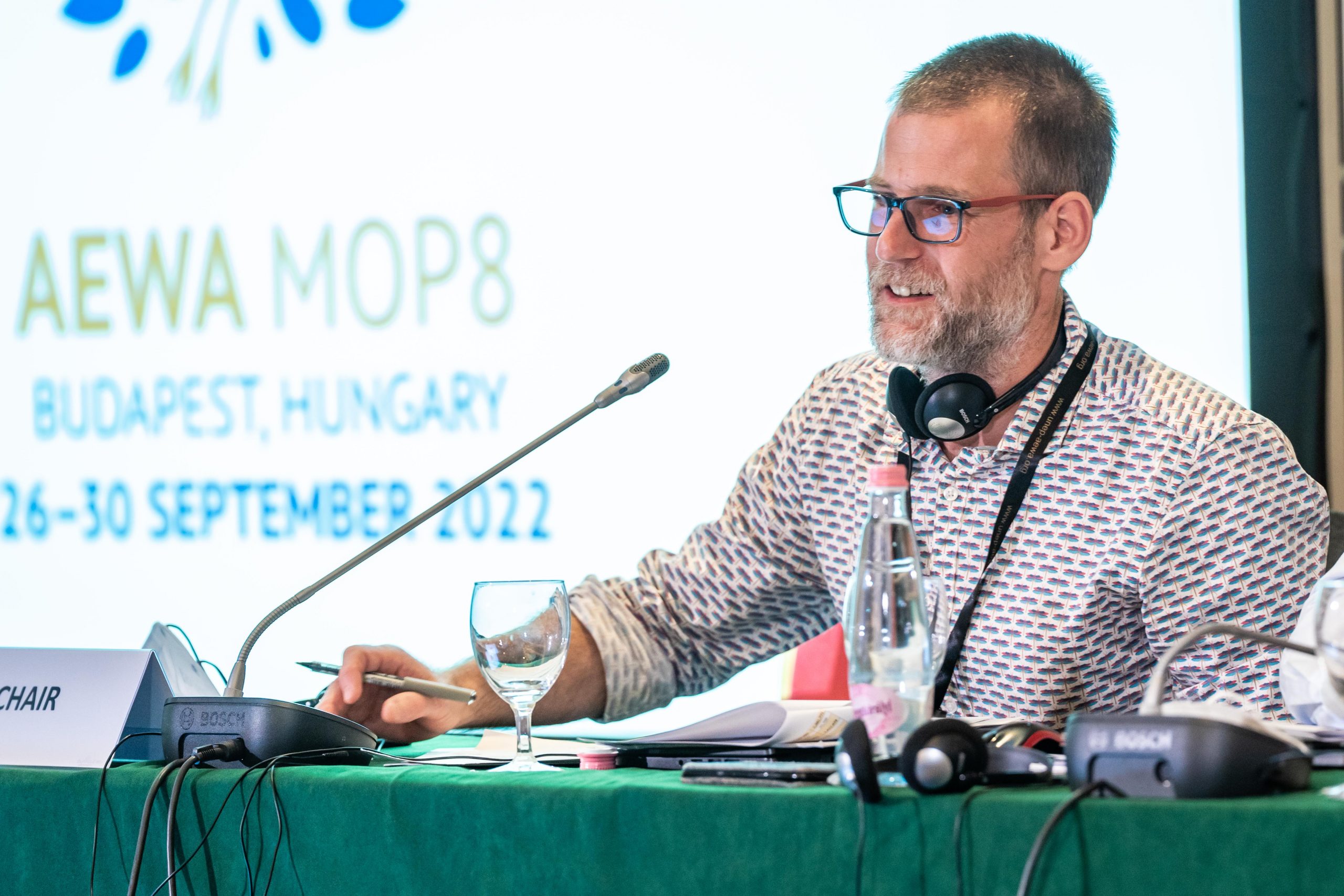 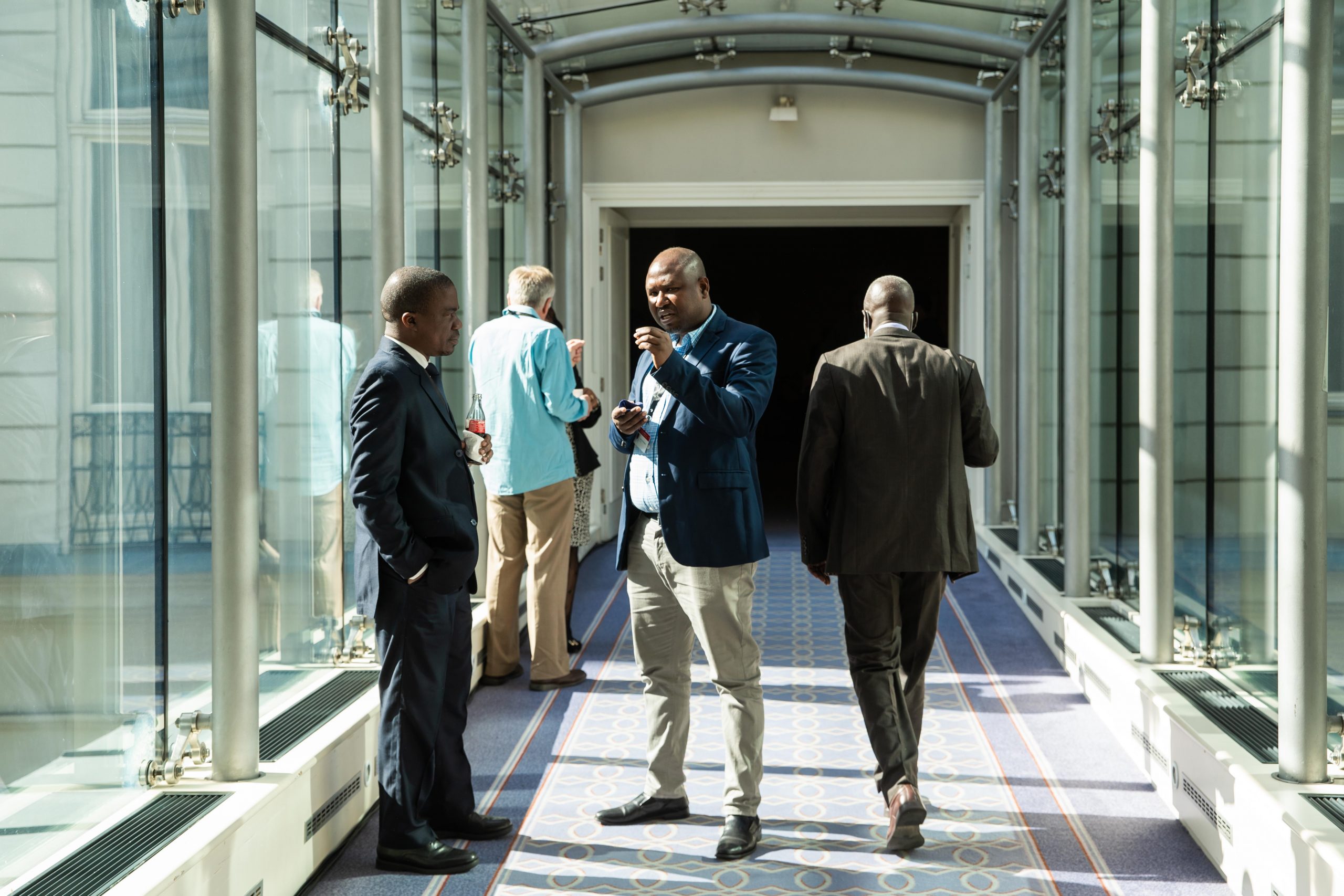 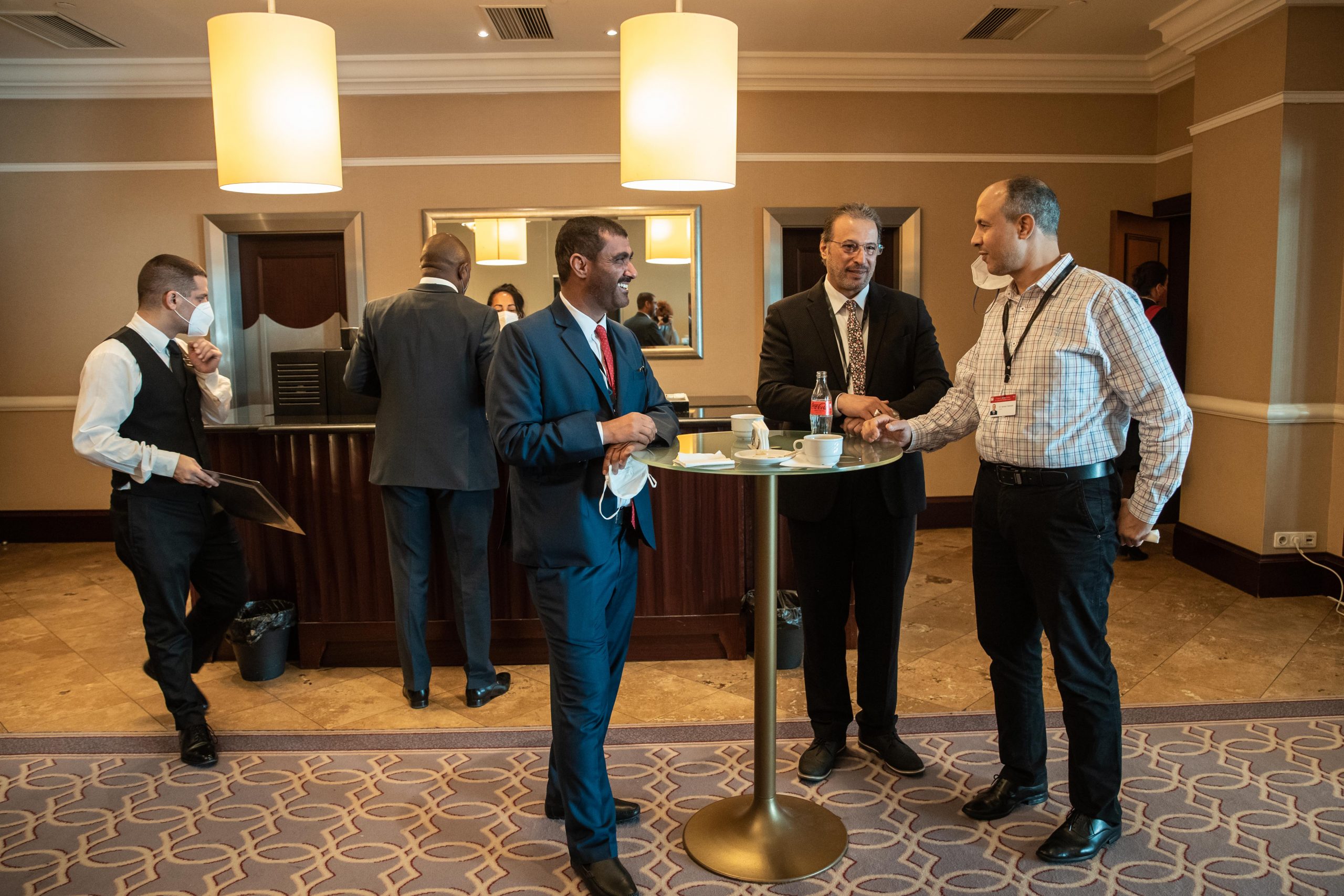 Among the topics discussed were agenda items such as waterbird monitoring, addressing waterbird mortality, ecotourism, AEWA’s contributions to the Aichi Targets 2011-2020, as well as opportunities for AEWA to support the post-2020 Global Biodiversity Framework and the Sustainable Development Goals (SDGs).

AEWA Executive Secretary, Jacques Trouvilliez, also took the time to conduct an interview on the CIC and the importance of hunting for migratory waterbird conservation.

It was stated that collaboration between hunters all along the flyway is an important part of migratory waterbird conservation, with the CIC paving the way for such work.

The CIC’s involvement as an important participant in the establishment of the Ramsar Convention in 1971 was also given as an example of the organisation’s commitment to wetland conservation and migratory birds.

AEWA’s close relationship with the CIC was touched upon as well, with the CIC currently a permanent member of the AEWA Technical Committee, which lies at the heart of AEWA’s policy building activities.

As part of his closing remarks, he referenced his talks at the CIC General Assembly in Namibia (2019), where discussions were held on how to better manage habitat and species.

It was suggested that in order for species to hold a favourable conservation status, and to be able to harvest them in a sustainable fashion, we need habitat.

The CIC’s work in encouraging hunters to manage habitat in a way that conserves protected species – in addition to huntable species – was particularly praised in this regard. 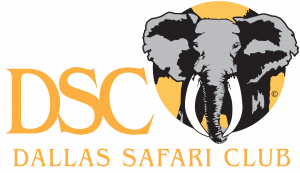 AEWA MOP8 is supported by the CIC, Delegations of the CIC, Dallas Safari Club (DSC), Leica Camera AG and RAUCH.