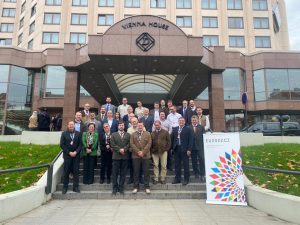 The annual Meeting of EU Hunting Director Generals took place last week from 19-21 October, and was hosted by Czech EU Presidency in Prague.

The informal meeting of the 27 EU game management directors has been a tradition since 2011, with the aim of addressing pertinent issues relating to hunting and game conservation at the European level.

Among those in attendance were representatives of the relevant EU Ministries and government bodies responsible for game management issues, as well as directors of organisations and entities working in the sector, such as the CIC and FACE.

On the agenda of this year’s meeting were a number of prevailing issues, such as the EU Nature Restoration Law, African swine fever, management approaches to large carnivores, and the ban on lead in ammunition.

In addition, the meeting served as an opportunity to discuss one of the CIC’s ongoing projects, with regard to establishing a Sustainable Use Database to further consolidate wildlife data for an improved and timely understanding of what the hunting sector contributes to conservation and society.

We are also pleased to announce that the CIC and the Czech EU Presidency were awarded a special prize by the Slovak Hunting Chamber to celebrate the occasion of 100 years of organised hunting in the Slovak Republic. 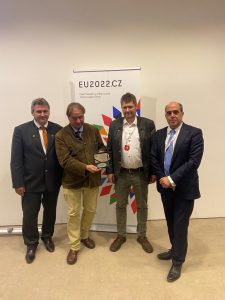