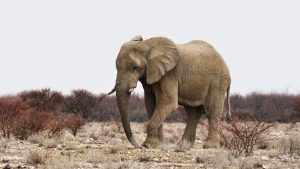 The conservation groups made the statement in an article published on 13 January, 2022, with the text being supported by 69 members of the Namibian Chamber of Environment (NCE), the Namibian Ministry of Environment, Forestry and Tourism, as well as the Namibian Association of CBNRM Support Organisations (NACSO).

The report that was put under scrutiny was funded by animal rights organisations such as the Born Free Foundation, Humane Society International and several others. It criticised Namibia’s Community-Based Natural Resource Management (CBNRM) programme, suggesting that the CBNRM model is failing to produce its claimed benefits for wildlife populations, human livelihoods, and Namibia’s economy as a whole.

In the response to the report, Namibian conservation groups first mentioned the conflicts of interest of the funding organisations, as well as one of the authors, who has previously gone on record expressing “extreme bias” against sustainable use for the benefit of human well-being.

The methodology of the report was heavily criticised as well. It was stated that the report would not be suitable for publication as a piece of scientific literature, due to the lack of information provided on the interviews conducted as part of the report. In addition, the report’s criticism of official elephant population figures was brought into question, due to the fact that the authors used drive-by observations as a way to assess elephant numbers.

There were also several attempts to create a narrative against the CBNRM model by selectively using certain pieces of information. This was done by:

These are just some of the criticisms mentioned in the statement provided by the Namibian conservation groups. We would highly recommend reading the full article, as it provides a deeper analysis into the issues of the report.

It is vital that opinions on wildlife management policy are formed using science and peer-reviewed literature, particularly when human livelihoods and wildlife conservation are at stake.