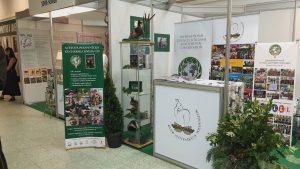 The National Hunting Exhibition, organised under the theme Hunting and Nature, takes place every five years, honouring and bringing together the world’s leading practitioners working in the sustainable use and hunting sector. This year, it is being hosted within the framework of the Agrokomplex international agriculture and food exhibition.

Bringing the international voices of hunters to the floor of the exhibition hall are the hunting associations of Bulgaria, the Czech Republic, Hungary and Vojvodina, all of whom who are in attendance at the event. 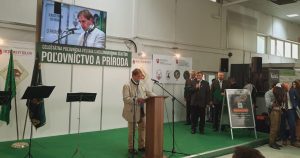 CIC Director General, Tamás Marghescu, was invited to speak at the Opening Ceremony of the National Hunting Exhibition. In his speech, he thanked the organisers for asking the CIC to be patrons of the event, and congratulated them for bringing together the hunting community after a year delay caused by the pandemic.

He went on to call upon Slovak hunters to record all the voluntary time and money spent on concrete species and habitat conservation, as well any restoration efforts.

Those in government were also asked to not to fall for the populist demands of those opposed to hunting, many of whom are issuing fake and distorted news with the intention of harming sustainable wildlife conservation, often without use of scientific evidence.

In this regard, it was made clear that hunters have been, and are continuing to, deliver environmental and economic benefits to wider society. He also stressed that the Slovak Hunting Chamber was a well functioning institution that should continue to operate as it has been successfully doing in the past years.

David Scallan, Secretary General of FACE (the European Federation for Hunting and Conservation) was among the other speakers at the ceremony. 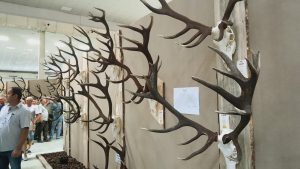 As part of the exhibit, 1,300 trophies are on display for attendees, many of which were recipients of the CIC Gold Medal.

We are proud to announce that every trophy on display was measured using the CIC Trophy Evaluation System, an exercise that was carried out by a few of our dedicated CIC Senior Trophy Judges (STJs) in the month leading up to the exhibition. 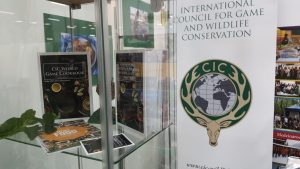 In another piece of exciting news, the National Hunting Exhibition will mark the launch of the Slovakian version of the CIC World Game Cookbook!

President of the Artemis Working Group of the CIC and author of the cookbook, Soňa Chovanová Supeková, was in attendance as part of the book launch. 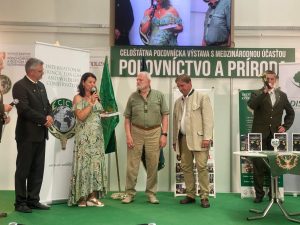 The book was debuted to attendees as part of a presentation hosted by the Artemis President, the CIC Director General and H.E Ivan Gašparovič, the former President of the Slovak Republic.

If you are interested in purchasing a copy, make sure to visit the Artemis/Club of Slovak Ladies Hunters stand (Pavillion F, Agrokomplex exhibition centre). 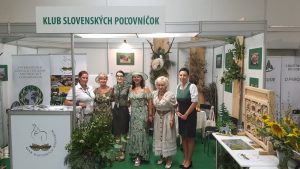