The CIC at the CITES 74th Standing Committee Meeting 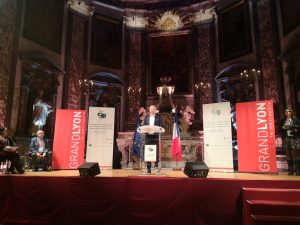 The 74th meeting of the Standing Committee of the Convention on International Trade in Endangered Species of Wild Fauna and Flora (CITES SC74) opened on Monday, 7 March, 2022 in Lyon, France.

Out of the 89 agenda items, the CIC identified 21 issues of high relevance to its mission and to sustainable use.

In particular, the CIC delegation at the event closely followed the issues relevant to local community engagement, as well as species specific matters.

Here is an in-depth summary of our activities during the CITES SC74.

The CIC actively followed the issue of the Big Cat Task Force, for which the Secretariat introduced the draft terms of reference and modus operandi.

While China and Indonesia voiced concern over the terminologies and the terms of reference, which they believed to go beyond the mandate of the CITES decision, Thailand and India expressed support towards the new contents.

The Chair of the Standing Committee established a drafting group, chaired by the EU, to work through changes.

Engagement of IPLCs was another important topic for the CIC. On behalf of the IPCL working group, Kenya reported that the working group was unable to meet intersessionally, due to challenges associated with COVID-19 and language barriers.

The CIC expressed a strong stance on the issue of IPLC engagement in CITES decision making processes, and recognised the crucial role that the IPCLs play in wildlife and habitat conservation. In addition, the CIC encouraged the working group to continue seeking mechanisms which will allow for active participation of IPLCs in decision-making processes.

The Standing Committee supported the renewal of the working group, as well as the Secretariat’s suggestion for draft decisions on IPLC engagement to be submitted to the 19th Conference of Parties.

Removing leopard hunting quotas for Kenya and Malawi from Resolution Conf. 10.14 was an additional point of interest during the event.

Conservation Force made an intervention on behalf of the CIC and five other international observer organisations, noting that the quota system has proven to be a useful tool and a safeguard for leopard conservation and sustainable utilisation.

The joint intervention also congratulated the range states for implementing the quota system and for carrying forward the robust adaptive management systems that secure the survival of the largest and most successful leopard populations around the globe.

With the conclusion of the Standing Committee, the CIC is now actively involved in preparations for the upcoming Conference of Parties scheduled to take place in Panama in November, 2022.