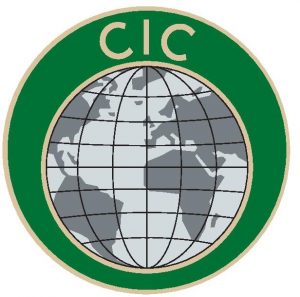 As part of this year’s World Wildlife Day, the CIC has joined WWF (World Wildlife Fund) in their unique WWD campaign, #WORLDWITHOUTNATURE.

First launched in 2021, World Without Nature was created to highlight the impact of global biodiversity loss. To showcase this, hundreds of companies, NGOs and sports teams joined together in removing any references to wildlife from their branding for a day.

The CIC has joined in on the action for this WWD, which sees us remove the iconic red deer from the CIC logo.

While this may seem like a small gesture in isolation, the inaugural iteration of #WORLDWITHOUTNATURE last year reached over 750 million people, due to the combined efforts of everyone involved, including internationally recognised companies such as WWF, Carlsberg and Dove.

All of this highlights one thing – tackling global biodiversity loss is an issue that will require a collective, unified response.

This is particularly important when considering the impact of biodiversity loss on individual wildlife populations, habitats, as well as human livelihoods and culture.

The CIC is always looking to support projects that support these different socio-economic and wildlife based sustainable development issues related to the loss of biodiversity.

To give an example, we recently launched The Flying Vets Mongolia project, an initiative that will look to create a flying veterinary service that can support rural and remote areas of Mongolia.

In doing so, not only would we be supporting iconic endangered species, such as the Prezkawalski horse and the Saiga antelope, we would also be supporting the culture and well-being of the indigenous Mongolian herders.

The livestock owned and managed by the Mongolian herders are constantly under threat due to urbanisation and the harsh conditions of the country. The traditional art of falconry, which is conducted using the iconic Golden eagle, is also a practice that is slowly dying out.

The flying veterinary service will therefore be able to support Mongolian herders through these cultural and economic elements that are so important for their continued survival.

If you are interested in supporting this project, please visit our dedicated page on the initiative where you can find out more and donate towards our work.