The Eco Colonialists – An Exposé: What would happen if “trophy hunting” was banned? 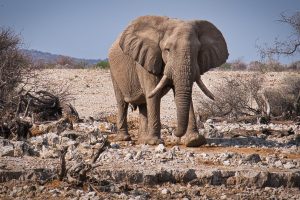 What would happen if “trophy hunting” was banned in Namibia? South African director, Phil Hattingh, sought to find an answer to this question in his documentary, “The Eco Colonialists – An Exposé.”

The film – originally released in German and now published in English – follows Namibian Naita Hishoono, Director of the Namibian Institute for Democracy (NID), on a two-week trip throughout the country.

On her travels, she meets the people that are depending on foreign hunters to support their livelihoods. Talking to scientists, NGOs and local communities, she also explores what a potential ban on “trophy hunting” would mean for the country, its people and wildlife.

The success of the film in Germany and around the world – garnering support from media, wildlife scientists and international bodies – inspired the director to produce the film in English. This success is partly attributed to the German Delegation of the CIC, which promoted the documentary widely upon its initial release.

“The Eco Colonialists – An Exposé” was published on the FieldSportsChannel website yesterday, and is available to watch now.