Where Does the Future of CITES Lie? 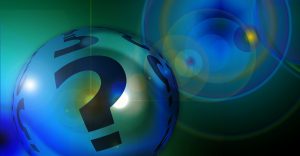 After two weeks of deliberations at CITES CoP19, it can be argued that we have been left with more questions than answers on international wildlife trade and the Convention itself.

Going into the CoP, many felt that the discussions in Panama would play a critical role in determining the long-term future of livelihoods and wildlife conservation across the globe. Reflecting on the outcomes at its conclusion, the resolutions and recommendations can be described as a mixed bag when compared to many people’s ambitions prior to the event.

Indigenous people and local communities (IPLCs) were most certainly amongst the stand out issues throughout the course of the meeting. For more in-depth coverage of the events that took place pertaining to IPLCs, please see our report dedicated to this topic.

The message from the high-level government representatives, community leaders and NGOs speaking on IPLCs was clear: 1) IPLCs should be included in CITES’ decision-making, 2) More should be done to recognise their contributions to conservation and the link between wildlife and livelihoods.

It was therefore disappointing to see a lack of progress being made on a number of primary IPLC issues of note.

The lack of progress was highlighted by the outcomes of two specific agenda items which were heavily promoted throughout the course of CoP19. This was the proposal to create a Rural Communities committee (Item 15) to help amplify rural voices, and the proposal to take livelihoods into consideration when listing species into CITES Appendices (Item 87.1), both of which were unfortunately not adopted.

Inaction from CITES on these issues, however, should be attributed to the structure of the Convention itself, rather than the absence of good intention.

With 184 Parties to the Convention, interests will rarely be aligned between all nations involved in the voting process.

This in part explains the slow-moving nature of decision-making in CITES, with actions being determined by wider consensus rather than importance.

There is no immediate solution to this problem at this moment in time. In the short-term future, focusing on advocacy work seems like the best and only way for IPLCs to voice their concerns to a wider international audience.

As a consolation, there were some successes that were seen throughout the proceedings, including the rejection of a proposal to shift the African elephant to Appendix I in a number of countries (Item 89).

An intersessional working group on IPLCs was also renewed, which will look to explore issues such as IPLC engagement and participatory mechanisms for rural communities in CITES (Items 13 & 15). It is worthwhile noting, however, that the proposal from the secretariat to engage IPLCs in CITES processes at the international level was not accepted.

While significant in their own right, it should be made clear that these successes are minor when compared to the marco-level concerns of CITES as an institution.

With an eye to the future, perhaps the most interesting turn of events was the decision for CITES to adopt a One Health approach in its work (Item 15), which will help reduce the risk of future zoonotic disease emergence associated with wildlife trade.

A working group dedicated to this topic was created as part of the proceedings, which the CIC made the decision to join.

One Health is a major part of the new CIC Statutes, and the organisation’s commitment to working on sustainable development issues.

It is hoped that the CIC will be able to assist CITES in this working group and its efforts to strengthen economic and wildlife resilience through increased trans-boundary cooperation – the principal aim of One Health.

A full list of the CIC’s position statements on the agenda items of note can be read here.

A summary of all decisions made at CITES CoP19 can be found here.