Respect for Land and People 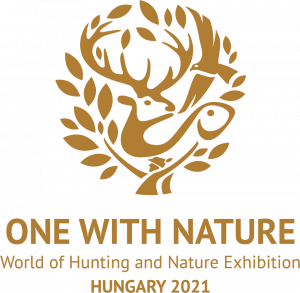 In the framework of the One with Nature – World of Hunting and Nature Exhibition in Hungary, Budapest (25 September – 14 October), and through the CIC, Indigenous Peoples and Local Communities (IPLCs) sought to give indigenous voices a platform at the event.

Unfortunately, due to the global pandemic, the restrictions on movement, and the distances involved for many IPLCs, only a few representatives were able to take part in the exhibition, despite their willingness to attend. 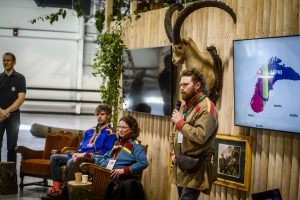 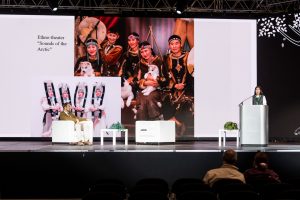 Photos courtesy of One with Nature

Nevertheless, this was seen as an opportune time to release the following joint key messages on IPLCs:

RESPECT THE LAND ON WHICH YOU ARE ON. In territories of Indigenous Peoples, the official governance does not always capture all aspects that need to be taken into account in terms of socio-ecologically sustainable practices. When visiting an area, consider what kinds of customs and customary laws are in place locally. Respect the people whose land you are on.

RECOGNISE AND RESPECT THE RIGHTS AND GUARDIANSHIP OF INDIGENOUS PEOPLES. In many parts of the world, Indigenous Peoples continue to be guardians of the world’s remaining biodiversity. Part of this is through sustainable use practices, which are passed down from generation-to-generation, and are respectful of the connections with various parts of the ecosystem. We call for recognition and respect of Indigenous Peoples as guardians of our ecosystems. Protecting Indigenous Peoples’ rights and customary use is a fundamental part of the protection of biodiversity, as well as tangible and intangible cultural heritage.