The CIC’s strength comes from its diverse and united membership, which consists of opinion leaders, wildlife experts, national and international non-governmental organisations (NGOs), government agencies, public institutions, and individuals actively supporting wildlife conservation. Our membership is a union of some of the world’s most prominent thinkers and organisations in the domain of sustainable wildlife use. The CIC serves as a hub for those whose work and interests touch on the topic of conservation through sustainable use, as well as other interconnected issues such as IPLCs (indigenous people and local communities). 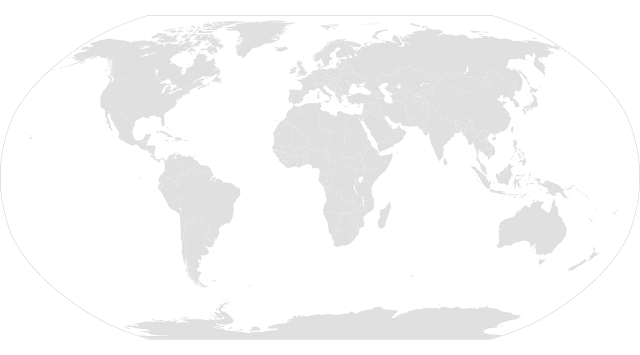 This is evidenced also be the growing sentiment against hunting from a public and institutional stand point, which has made it increasingly difficult to communicate thoughts, facts and messages when acting alone. It is only by connecting with the right people, and by sharing resources and factual knowledge, that real change can be enacted. With over 1600 members from 85 countries, the CIC membership allows our members and partners to coordinate activities on a truly global scale.

Joining the CIC also means that members are recognised as being part of an internationally renowned organisation. Having advocated for conservation through the principles of sustainable use for over 90 years, the CIC is well established in international fora, and has long standing partnerships with experts and organisations globally who recognise the importance of sustainable use in conserving wildlife and biodiversity. As an illustration of this, the CIC is one of the founding members of CPW (Collaborative Partnership on Sustainable Wildlife Management), a voluntary partnership of 14 international organizations with substantive mandates and programmes to promote the sustainable use and conservation of wildlife resources.

As well as being an international organisation, the CIC has National Delegations in a number of countries. This structure allows members to actively influence wildlife conservation issues in their country, drawing on the local, regional and international network at their disposal through the CIC membership.

The work of the CIC contributes to a better understanding of the status and key issues in the world of wildlife conservation and sustainable use. In addition to providing our technical expertise to governments and multilateral institutions, the CIC organises symposia, workshops, and other wildlife management related events, both for its’ members and the wider public.

Any natural or legal identify that is aligned with the vision and mission of the CIC may apply for CIC membership as defined in the Statutes and By-laws.

How to become a member?

The CIC is a decentralized organization. Within the framework of the CIC Statutes, its National Delegations have their own by-laws and regulations.

The process of becoming a member is as follows:

When applying for membership, please note that the candidate should be supported by two patrons (CIC members of the local delegation), as well as the Head of Delegation of your respective country. Applications submitted without the relevant signatures will not be processed.

New applicants are ratified twice a year: in spring at the General Assembly of the CIC, and during the autumn Council Meeting of the CIC. After ratification, the candidate becomes a fully-fledged member of the CIC. Essential information and documents regarding the membership will be sent by the CIC Membership Officer shortly after ratification.

If you have any questions regarding the membership process, please contact the Membership Officer, Daria Bezgacheva (membership@cic-wildlife.org).

Association Members are representatives of national or international non-governmental organisations. They may have one representative and one vote in the General Assembly.

Individual Members are wildlife conservation professionals or enthusiasts. They may join the National Delegation of their respective country (if applicable), or join the ranks of the CIC individually. Individual members may have one vote in the General Assembly within the contingency of their National Delegation.

Young Opinion Members are members below the age of 40. The CIC aims to promote the next generation of nature conservationists and conscious hunters. It therefore offers a platform for young professionals through its Young Opinion Working Group. Young Opinion members may have one vote in the General Assembly within the contingency of their National Delegation.

Expert Members contribute to the goals and objectives of the CIC with their special expertise by consulting with their National Delegation or directly with the CIC Headquarters. Expert members are exempt from membership fees and do not have a voting rights in the General Assembly.

National Delegations are composed of the representatives of the State and Association members, as well as Individual and Young Opinion members who either hold citizenship or have their main activities or legal seat within that state. They may not be members of any other National Delegation.

The CIC looks to engage with the private sector in its activities through its Sponsorship Programme. We currently offer four levels of sponsor membership: Bronze, Silver, Gold and Platinum. All Sponsor Members will be offered unique rights and advantages that are determined on a case by case basis to best serve potential sponsors and the CIC.

If your organization is interested in in becoming a Sponsor Member, please contact our Membership Officer, Daria Bezgacheva (membership@cic-wildlife.org) for further information.