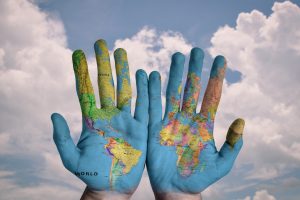 The UN has unveiled the World Restoration Flagships, a collection of 10 key initiatives from around the world recognised for their outstanding efforts to restore the natural world.

The winners were selected under the banner of the UN Decade on Ecosystem Restoration, a movement which looks to “prevent and reverse the degradation of natural spaces across the planet.”

Notably, the UN Decade on Ecosystem Restoration is a vital component of the new CIC Statutes, which were updated last year to reflect the CIC’s commitment to wider sustainable development issues.

By announcing the World Restoration Flagships, the UN hopes to bring attention to restoration best practices which can serve as a model for ongoing and future conservation initiatives.

Together, the projects are aiming to restore over 68 million hectares, which would create some 15 million jobs in the process.

The winners were announced at the CBD COP15 in Montreal, a standout moment for the conservation world with the post-2020 global biodiversity framework also adopted as part of the conference proceedings.

In recent years, restoration has played a bigger role in the work of the CIC, and indeed the world’s approach to conservation. Efforts like this from the UN are essential in order to give projects the recognition they so rightly deserve.

More information on this event will be announced as we progress further into the new year, so make sure to watch this space!