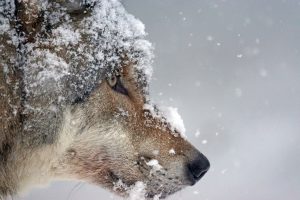 The Bern Convention parties have rejected a call to change the protection status of wolves, following a vote against a proposal put forward by Switzerland at the 42nd meeting of the Standing Committee this week.

The Bern Convention is a legal instrument in the field of nature conservation, covering most of Europe and extending to some states of Africa.

Specifically, the proposal called for a change in the Bern Convention’s listing of wolf from Appendix II to Appendix III.

The lack of action from the Bern Convention means that wolves will remain strictly protected, with management requiring a high level of input by governments.

In recent years, many have been calling for measures that will allow for the more active management of wolves on the continent in view of the agricultural damages and other forms of human-wildlife conflict caused by their rising numbers.

Despite the relevance of this issue in Europe, it should be noted that the European Commission and the Council of the European Union issued a vote against the proposal at the meeting. They have taken blocking approaches to species listing proposals in the past citing lack of progress under the nature directives as a basis. FACE, which is participating at the Standing Committee meeting, intervened in support of Switzerland’s proposal. They stated that the proposal is well justified considering the improved status of the species and reminded parties that the conservation requirements are the same for species listed in Appendix II and III

While the road ahead may seem uncertain for rural stakeholders affected by this move, there is hope in the form of another decision by European policymakers.

As reported last week, the European Parliament passed a resolution calling for the implementation of the Habitats Directive, meaning that Annex listings for large carnivores may be changed if there is sufficient scientific evidence.

While this resolution does not legally require European Member States to take any definitive action, it provides a clearer path to resolving wolf management issues when compared to progress seen in other multi-lateral environmental conventions.